This page will become a source of sanity against the absolute lies, manipulation, and drivel spouted by glassy-eyed, mouth-breathing MORONS like Pete Butt-Gauge.

What are the power requirements to replace all ICEVs with EVs?

Power needed for daily recharging of EVs in the United States

It will take HUNDREDS OF YEARS to convert the United States to electric cars!

The efficiency of a Tesla Model 3 Standard Range is 24 kilowatts per 100 miles.

If every mile was driven solely by one of those Tesla Model 3s, that's 768 TeraWatt-Hours per year.

Spread evenly, that's an average of 2.1 terawatt-hours per day.

To put that into perspective, that's enough energy to transport Marty McFly back to 1955 more than 630,000 times!

The average size of a nuclear power plant in the United States is 1,049.28 MW.

That means that if everyone charged their cars over the same one-hour stretch, that's a peak demand which requires MORE THAN 2,000 NEW NUCLEAR REACTORS to be brought online.

It takes 80 months to complete a nuclear reactor, and if the worst-case scenario happened, where one had to be finished before the next one could start, then it would take 13,360 YEARS to meet the 2021 peak demand for EV charging.

If we finished one reactor A MONTH (taking just 1/80th of the current time to build) then it would still take over 160 YEARS to get those built... and that won't be enough because more people will be around by then.

Most people don't like to wait a FULL HOUR to regain the ability to use a vehicle's maximum range... so if you wanted to reduce your charge time to 30 minutes, then the power generation would need to DOUBLE, requiring over 4,000 new reactors, and taking 334 YEARS to build at one per month.

Want to match the refuel time of good ol' gasoline at 5 minutes? Guess what that means? Multiply the original figures by TWELVE.

To achieve EV recharge to replace the energy used in daily driving in just 5 minutes — to match the refuel time of fossil fuels — you would need 24,048 NEW nuclear reactors built, and even if you built one a WEEK it would take almost 476 YEARS to reach that goal. Building only one at a time, using the current build schedule, that would be a staggering 160,320 YEARS!

Inevitably EV zealots will always respond "It's ridiculous to assume that everybody will be plugged in at the same time", since EV enthusiasts think it's okay for you to completely re-tool your whole existence to overcome the horrible limitations of EV charging and wait HOURS for a recharge. EV evangelists always add "You don't have to change your schedule at all... just charge while you sleep.", ignorantly assuming that you'll NEVER need to charge your EV while you're awake. [facepalm]

So let's calculate the ABSOLUTE MINIMUM power requirement, making some GLARING assumptions, those being:

The math, if using the "each car is rationed to a particular 1-hour stretch, so that the load for daily recharge is perfectly and evenly spread throughout the entire day" scheme (one as unlikely as everyone synchronizing their watches for a globally timed mass-recharge), then you're looking at the 2.1 TWh needed every day ÷ 24 hours = 87.5 GW of continuous power draw. Since the average nuclear reactor puts out about 1 GW, then — at a MINIMUM — that's 88 reactors going full-blast 24/7 in perpetuity JUST to meet the LOWEST POSSIBLE demand for daily recharging.

As there are 93 reactors in the United States right now, that represents an absolute minimum of a 95% increase in reactors/reactor output. Since it takes 80 months to build a reactor (if the climate doom cult will even let you build one) it would take over 580 years if all 88 were built one-at-a-time, or if a reactor were started every other month without fail until all were completed, the 88th reactor would come online in February of 2050. (This also assumes zero new vehicles or drivers added to the 2019 total.) The fastest reactor ever built in the United States took 4 years and 2 months, and the last one brought online required 42 years and 9 months. 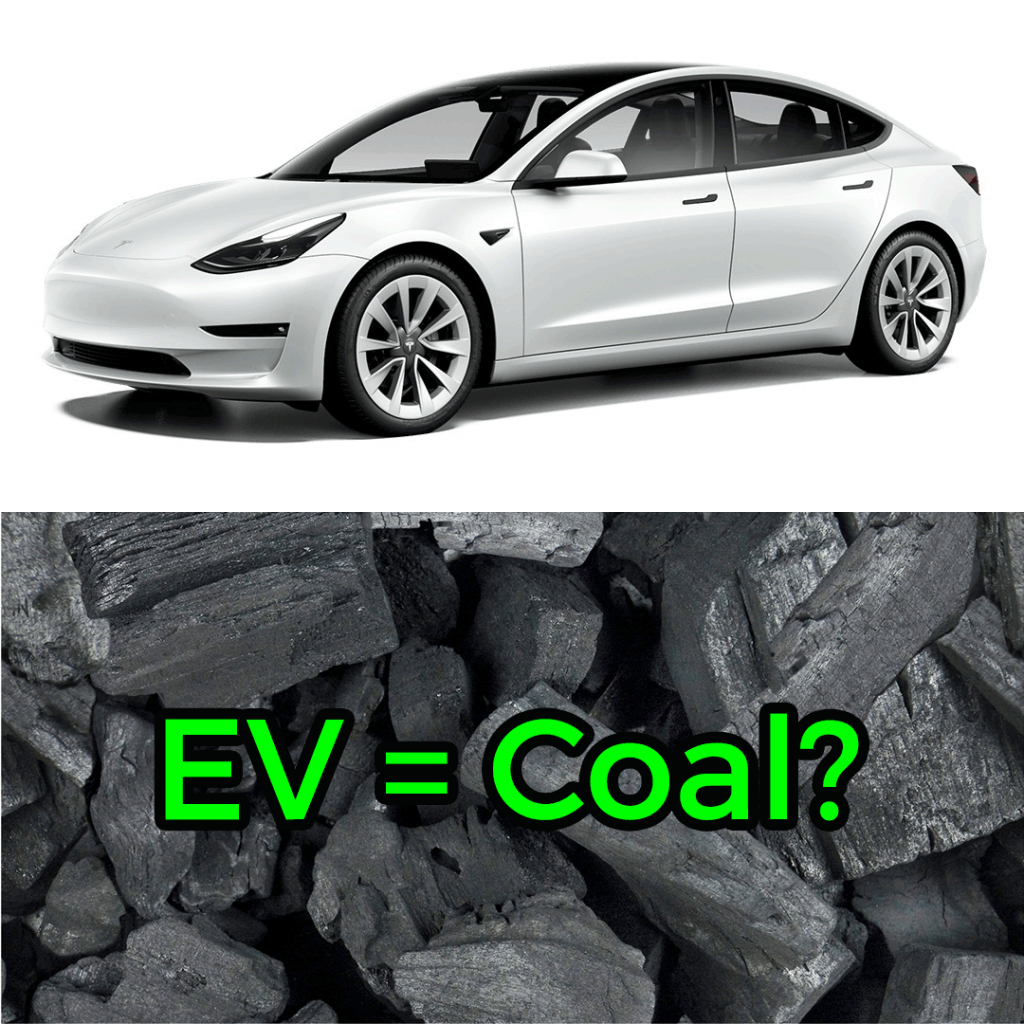 Are you actually driving a COAL-POWERED EV? 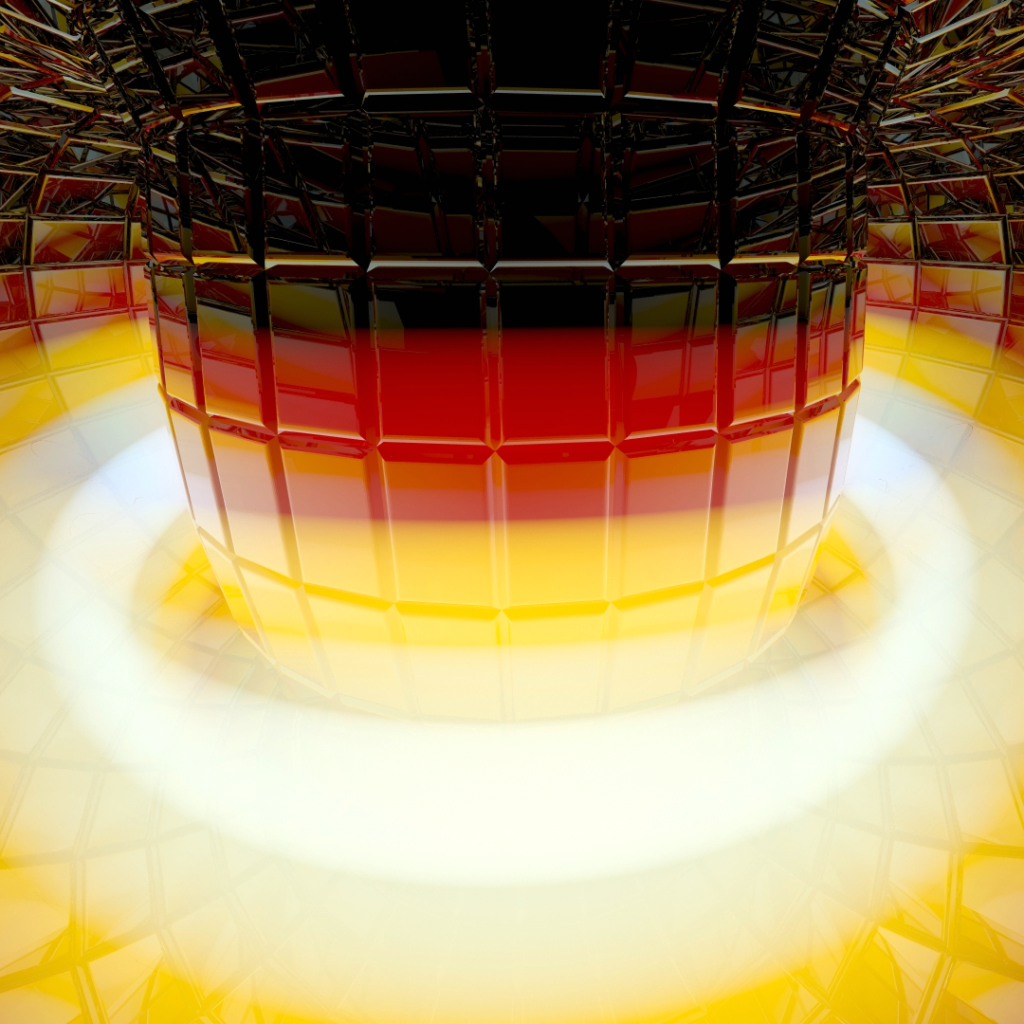 What are the power requirements to replace all ICEVs with EVs?

What are the material requirements to replace all ICEVs with EVs?

Let's do the math.

286 million vehicles are currently registered in the United States.

If all were Tesla Model 3 Standard Range Plus vehicles, then that's 286 million battery packs, all 50 kWh in size.

According to the Union of Concerned Scientists, EVs require 24kg of cobalt per 100 kWh of lithium battery capacity.

According to the USGS March 2021 report, 2,290 metric tons of cobalt was extracted, world-wide, with only 1,000 metric tons being metallic, the rest were trapped in oxides, hydroxides, salts, and other compounds.

So that means that at the production levels of March 2021, that would take 88.5 years of global cobalt production, just to meet the demand for US EVs today.

Nobody else on the planet gets to use any cobalt for nearly the next century... the full capacity of planetary production is used ONLY for EVs in the United States.

There are 286 million active vehicles in the United States, and the absolute best production year for Tesla was 300,000 units.

Tesla would have to keep up their all-time-high production for another 953 YEARS just to meet 2021 EV demand.

(That's assuming Tesla are the only ones making EVs. If they only produced 20% of EVs for US electrification, that's STILL 191 YEARS.)

Taking Tesla's 13-year 500,000 TOTAL EV production from the total, then those additional 285.5 million vehicles — if all were the base model of the Model 3 — would require 12.85 Megatons of lithium.

As the all-time-high global lithium production was in 2019 at around 76.7 Kilotons... this means that we need 168 YEARS of global Lithium mining to meet the 2021 MINIMUM demand for EV batteries, and ONLY for the United States.

What if everyone isn't happy with a small passenger car for an EV?

What if everyone continues the (idiotic) trend of buying ever-larger, ever-more-expensive SUVs, crossovers, trucks, and other ungainly gigantic land barges?

So if all 286 million vehicles are instead gigantic SUVs and pickup trucks, then those battery packs would average around 200 kWh, so all numbers above would need to be multiplied by FOUR.

What are the material requirements to replace all ICEVs with EVs?

What has a lower total cost of ownership... ICEVs or EVs?

EV owners and enthusiasts will constantly repeat a myth by explaining that "EVs are cheaper to operate and maintain than a gasoline-powered car."

Are they right, or are they perpetuating a myth by ignoring a major cost item (or several)?

Let's compare what it would take to run an EV and an ICEV to 500,000 miles. After all, we're constantly told that "EVs last forever"... right?

For the EV, let's take the absolute cheapest model sold by Tesla - a 2022 Tesla Model 3 rear-wheel drive only model. It'll come in refrigerator white, with black interior, basic wheels, and NO SELF-DRIVING MODE.

Let's add up the numbers on the EV:

What does that total?

Now for the ICEV we're going to choose one of the most popular cars sold of all time: the Toyota Camry. For the 2022 model year, the Camry gets a MINIMUM of 30 miles per gallon, so we'll use that.

Let's add up the numbers on the ICEV:

What does that total?

According to the website CarEdge, the Camry would actually cost a total of $8,167.83 to maintain for 500,000-miles. Additionally, the real-world mileage reported by tens of thousands of recorded fill-ups on the website Fuelly have the Camry getting about 35 MPG. Real-world electricity costs using Tesla Superchargers run between $7.80 and $15.60 for 300 miles of range, making the total for 500,000 miles somewhere between $13,000 and $26,000.

ADDITIONAL SOURCES:
A story on a 400,000-mile Tesla Model S, and the data behind that article. 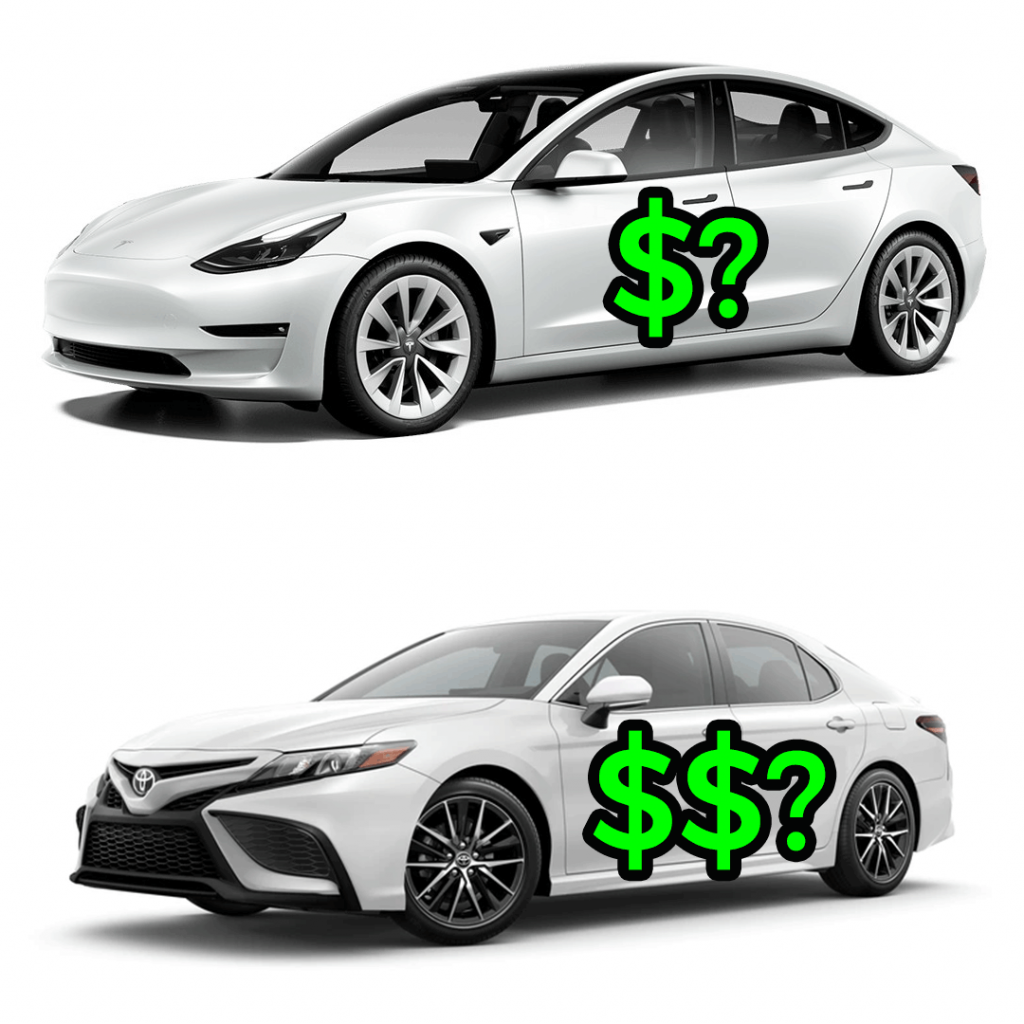 What has a lower total cost of ownership… ICEVs or EVs?